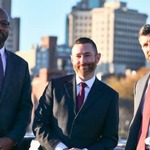 This past December, Rhode Island legalized weed in Rhode Island. While research has shown that marijuana will increase health benefits, decrease the nation’s crime rate, and improve the economy there are still many legal challenges and gaps in Rhode Island.

I took a breath test when the Police asked. Why am I charged with a Refusal?

We very often speak with potential clients who have been charged with driving under the influence and refusal to submit to a chemical test. In many cases, they are very confused about the particular charges they are facing because they are facing charges of chemical test refusal and DUI even though they took a breath test when the police asked.

I was on private property when I was arrested for DUI. Can the police do that? 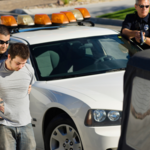 Do you automatically lose your license for a DUI in Rhode Island?

What is the implied consent law in Rhode Island?

The Rhode Island implied consent law means that when you are issued a drivers license you impliedly consent to taking a chemical test if arrested on suspicion of DUI.

Can you refuse a Preliminary Breath Test in Rhode Island?

As a motorist you are legally obligated to submit to a preliminary breath test when requested to do so by a law enforcement officer who has reasonable suspicion that you are driving under the influence in the State of Rhode Island. If you are requested to take a preliminary breath test and you refuse, you will be subject to an $85 fine but you will not face the likelihood of a license suspension based on this violation.

Most individuals charged with driving under the influence in Rhode Island a DUI charge will not result in a jail sentence. However, for those charged with DUI’s involving aggravating circumstances or second and third offense DUI charges, the likelihood of jail increases substantially.

The charge of “dui/first offense/bal unk” indicates that you are being charged with a first offense drunk driving charge and that the police do not have blood or breath test evidence against you. Instead, they intend to proceed with observation evidence of your impaired operation and believe they can prove that you were operating a motor vehicle at a time that you were impaired to a degree that rendered you incapable of safely operating a motor vehicle.

Is DUI a Felony in Rhode Island?

Under most circumstances, being charged with DUI or drunk driving will not result in felony charges being brought against the driver. The vast majority of DUI charges brought and prosecuted in the State of Rhode Island are misdemeanor charges.