Fake ID Charges in Rhode Island - How Serious is a Misrepresentation of Age Arrest? 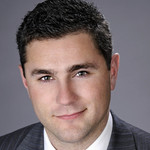 An arrest for possession and/or use of a fake ID in Rhode Island is a serious offense for any young man or woman. If convicted of a first offense, you would face a 30 day loss of drivers license, up to a $500 fine, and 30 hours of community service. These penalties are extremely severe an intended to scare people into not using fake id's.

Should I Hire A Lawyer For A Minor In Possession of Alcohol Charge in Rhode Island? 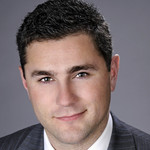 The question we are asked the most is whether it is “worth it” to hire a lawyer to handle my possession of alcohol by a minor case. In my opinion, it is worth it just to have the piece of mind to know that your son or daughter will not be heading into a criminal court system alone and unaware.

Will the Police report my Rhode Island DUI arrest to my college? 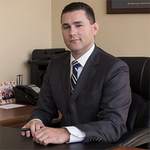 In Rhode Island, it is possible that the Police will report your DUI arrest to your college. We have represented hundreds of college students arrested and charged with drunk driving in our nearly a decade of experience. There is no uniform or standard way that DUI arrests are handled when it comes to the arresting Police Department notifying the school.

What is the legal alcohol limit in Rhode Island in 2017?

For individuals over the age of 21, the legal blood alcohol limit in Rhode Island in 2017 is 0.08%. Above this limit, you are deemed by law to be driving under the influence in the State of Rhode Island.

Who are the approved Rhode Island Ignition Interlock providers?

How will a Rhode Island DUI conviction affect my job search? 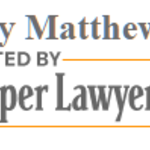 A Rhode Island DUI conviction can cause serious negative consequences when seeking employment. Typically, a part of each and every job application will involve answering questions about your criminal history. Depending on the type of job you are seeking, the questions may also request information about your driving record and violation history.

What is a Rhode Island ignition interlock license?

In Rhode Island, an ignition interlock license is a limited privilege to operate a motor vehicle that is typically imposed as part of a sentence on a DUI or chemical test refusal case.

What is an ignition interlock device?

In Rhode Island, an ignition interlock device is a device that prevents individuals from operating a motor vehicle while under the influence of alcohol. The device operates as a breathalyzer attached to an individuals vehicle.

What are the penalties for a first offense shoplifting charge in Rhode Island?

A first offense shoplifting charge carries the potential of up to a one year jail sentence. While the vast majority of those charged with shoplifting for the first time in Rhode Island do not realistically face incarceration, it is possible.

What are the penalties for a second offense DUI charge in Rhode Island?

A charge of second offense DUI within a five year period is a serious misdemeanor criminal charge that carries with it a mandatory jail sentence. In addition to a period of incarceration, the second offense drunk driving charge carries thousands of dollars in fines, costs, and assessments, alcohol and/or drug treatment, and a lengthy period of probation and suspended jail sentence.

Can I drive to work after a Rhode Island DUI arrest?

An experienced Rhode Island DUI attorney may be able to keep your license to drive to and from work (and other important appointments and obligations) after you have been arrested and charged with a DUI.

I have a CDL. How will my Rhode Island DUI arrest affect me?

Federal Law regarding CDL licenses provides that if you are convicted of a DUI or refusal to submit to a chemical test in Rhode Island, you will automatically lose your CDL license for a minimum of one year.

Do you automatically lose your license for a DUI in Rhode Island?

What is the look-back period for Rhode Island DUI convictions?

Rhode Island DUI law provides for enhanced penalties for those charged with DUI when you have been convicted of a prior DUI offense within the preceding five years. This is in contrast to other states, including Massachusetts, where there is a lifetime look-back period.

What Happens at your DUI Arraignment in Rhode Island?

Your first appearance before a District Court Judge on a Rhode Island DUI charge is referred to as an arraignment. You will be asked for your name, address, and date of birth. The Judge will then proceed with the arraignment and ask you if you plead guilty or not guilty.

How long does a DUI stay on your record in Rhode Island?

A first offense DUI charge that resulted in a conviction will remain on your record for at least five years and may be removed if you are legally eligible under the Rhode Island expungement law.

What is the implied consent law in Rhode Island?

The Rhode Island implied consent law means that when you are issued a drivers license you impliedly consent to taking a chemical test if arrested on suspicion of DUI.

Can you refuse a Preliminary Breath Test in Rhode Island?

As a motorist you are legally obligated to submit to a preliminary breath test when requested to do so by a law enforcement officer who has reasonable suspicion that you are driving under the influence in the State of Rhode Island. If you are requested to take a preliminary breath test and you refuse, you will be subject to an $85 fine but you will not face the likelihood of a license suspension based on this violation.

Will the jury know I refused a breath test at my Rhode Island DUI trial?

In Rhode Island, if your DUI case heads to trial the Prosecution will not be able to tell the jury that you refused to submit to a breath test. While you can be cited for refusing to submit to a chemical test, the Rhode Island DUI law specifically prohibits the Prosecution from using this evidence against you at trial with some limited exceptions.