Earlier this week we brought you the second part of our three part series "Understanding Your Rhode Island DUI Charge." Part one explained how to read you summons to appear for your criminal court dates and the different terminology used by the police departments in classifying Rhode Island DUI Charges.  Part Two attempted to explain your traffic tickets that are typically issued as part of a Rhode Island DUI Case.  In Part Three, we will discuss the bail forms you were issued when you were arrested and that these forms mean.

What are Rhode Island's bail laws in a DUI case?

Generally, whenever anyone in Rhode Island is charged with a criminal offense they are entitled to be released into the community on bail pending a resolution of the case (this is based on the Constitutional presumption of innocence in criminal cases).  Rhode Island DUI cases are no different.  After you are arrested, you will be released one of three ways.  First, you could be held and brought to court.  Second, you could see a Justice of the Peace and be released directly from the police station.  Third, you could be given a "Summons to Appear" in which you sign paperwork promising to show up for court.

Bail is set by the Court or the Justice of the Peace when you are released from the police station.  If you were released with a summons, bail will be set when you appear at your first court date.  Typically, an individual charged with a first offense DUI who has no prior criminal record will be released on personal recognizance, also known as "PR" bail. PR bail is your promise to keep the peace while released on bail and your promise to appear for your future court dates.  Occasionally, the Justice of the Peace or Court will set "Surety" bail which requires the payment of sufficient surety to be released.

Can I drive while on bail in a Rhode Island DUI case?

When you are charged with a DUI in Rhode Island, you do not automatically lose your privileges to operate.  That means that typically, until you are ordered as a condition of bail to not drive or your license is suspended by the Traffic Court after a hearing for a chemical test refusal, you can drive until you are sentenced on your Rhode Island DUI case.

What happens if I violate the bail on my Rhode Island DUI case?

If you fail to keep the peace or fail to appear for a scheduled court date, the prosecution can move to violate your bail by filing what is known as a "32F" notice of bail violation.  When bail is alleged to have been violated, the Court can revoke a defendant's bail and hold the defendant at the ACI (state prison) for up to 90 days.  If you have been issued a 32F notice of bail violation, it is imperative that you obtain the services of a skilled Rhode Island DUI lawyer.

If you or a loved one has been charged with a DUI in Rhode Island, you need to immediately call Attorney Matthew Marin for skilled and aggressive DUI defense.  We will begin working immediately to ensure that your rights are protected and that you can put the best defense possible forward.  Attorney Marin is available 24/7 to discuss your case and to schedule a no fee, confidential consultation at one of our convenient office locations.  Contact us today by phone at 401-228-8271 or email at[email protected], or fill out the contact form on our Website. 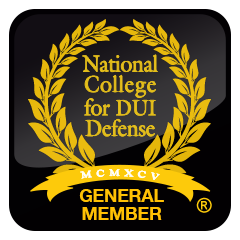